In 2018, Massachusetts enacted a paid family and medical leave law (the FMLL) which will have a major impact on all  employers and employees throughout the state. When the law becomes fully effective in 2021, every employer in the state, no matter how small, will be required to participate and allow eligible employees to … Read more

In September, 2016, the Massachusetts Commission Against Discrimination (MCAD) issued a guidance concerning  gender identity discrimination.  See  http://www.mass.gov/mcad/docs/gender-identity-guidance.pdf  Since 2012, G.L. c.151B has prohibited employment discrimination on the basis of an individual’s gender identity, including discrimination against an employee or job applicant with regard to recruitment, hiring, firing, discipline, promotion, wages, job assignments, training, benefits, … Read more

Effective July 1, 2018, Massachusetts has amended its equal pay act. The new law makes it easier for an employee to prove that she (or he) was paid less than employees of a different gender for performing comparable work. The law also prohibits employers from seeking information about a job applicant’s salary history and from … Read more

The United States Department of Labor has announced significant new rules governing overtime pay under the Fair Labor Standards Act. The department estimates that 4.2 million workers who are currently exempt from overtime laws will become entitled to overtime when the rules take effect on December 1, 2016. Here is a basic Q & A … Read more

Beginning no later than July 1, 2015, all Massachusetts employers must provide employees with earned sick time (EST). For employers with 11 or more employees, EST must be paid, while smaller employers need only provide unpaid time off. Here are some answers to commonly-asked questions about the new law. Please note these are only summaries which do not address all of the provisions of the law.

Effective August 8, 2014, Massachusetts enacted An Act Relative to Domestic Violence (the “ARDV”). The ARDV requires employers with 50 or more employees to permit an employee to take up to 15 days of leave in any  12 month period if the employee or a family member is a victim of “abusive behavior” (generally defined as domestic violence and related issues) and needs the leave to seek medical attention, counseling, or legal intervention.

Employers covered by the law must notify employees of their rights under the statute, which can be done by including a policy in an employee handbook or by issuing a separate notice.

Effective April 7, 2015, Massachusetts employers with six or more employees will be required to provide all employees, male and female, with up to eight weeks of unpaid parental leave. The new statute replaces the maternity leave act, which applied only to women, and permits any employee, male or female, to take 8 weeks of unpaid “parental leave” for the purpose of giving birth, or for the placement of a child for adoption or the placement of a child pursuant to court order. 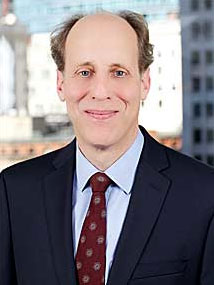